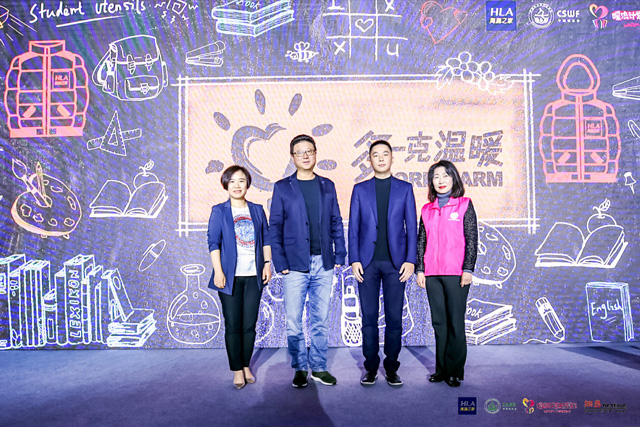 On October 26, the launching ceremony of "One gram more warmth" public welfare action ofHLA was held in Hangzhou. Zhou Lichen, President of Heilan Group Co., Ltd., Ding Lei, founder and CEO of Netease Media Group, Li Li, CEO of Netease Media Group, Wang Rui, Secretary-General of Warm Current Program of China Social Welfare Foundation, and many media and charitable public figures gathered at the ceremony. Lu Chuan, a well-known director, personally acted as the producer of the microfilm Xinge, which premiered at the ceremony. He failed to come to the scene personally and sent his support and blessing to "more than one gram of warmth" through VCR.

Zhou Lichen, president of Heilan Group Co., Ltd., said in his speech: "The initiation of"more than one gram of warmth"originated from the sense of social responsibility of an entrepreneur. Five years from warm-up to warm-up, from the original feeling to the upgrading of rationality, warmth itself is the driving force.

Four years, more than 1400 days and nights, 19 provinces, more than 800 schools, nearly 70,000 winter clothes... From the first time I saw children's simple smiles, "more than one gram of warmth" produced a belief: let such a smile bloom forever. 2018 is the fifth year of Hailan's "one gram more warmth" public welfare project. The "one gram more warmth" team will go into Daliangshan District of Sichuan Province with their down jackets and "warm classroom" to accompany the children there for a warm winter. "One Warm Lesson More" Warm Classroom is a course platform hatched online by Hailan Home and Netease News. This year, we will go deep into the Daliangshan area and customize "online + offline" warm classes for children in mountainous areas, so that high-quality educational resources can come to children in remote areas for a long time and steadily.