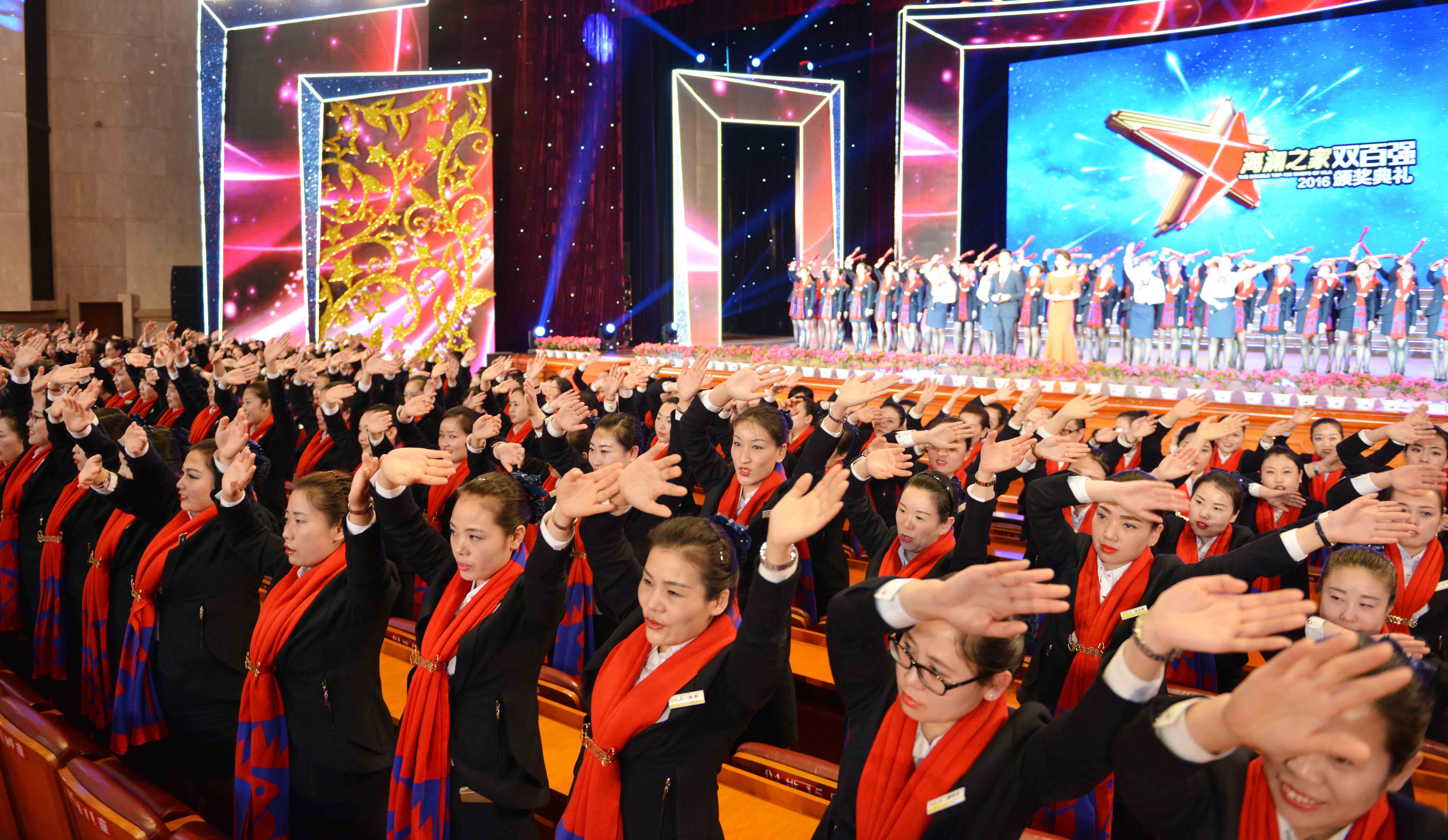 350 “Double Top 100 Store Managers” from all over the country were commended. More than 2,800 representatives of all the cadres and employees ofHeilan Home Co., Ltd.    Group witnessed this honorary moment. The glamorous convention center, like the Avenue of Stars, and 350 double-strong store managers entered the stadium and were personally greeted by Chairman Zhou Jianping. The awards ceremony has four awards - "Growth Award", "Potential Award", "Beyond Award" and "Yuanlian Award", which honored the store manager of the top 100 stores.

At the event, the director of Pan Dongyuan from Inner Mongolia Hohhot and her team made a appearance, so that all the audience present felt what the power of the team was. President Zhou Lijun also took a group photo with the employees of the city of Inner Mongolia, and cheered on the scene. In 2017, under the correct leadership of Chairman Zhou Jianping, under the leadership of the top 100 store managers, under the joint efforts of more than 40,000 employees in the country, the greatness ofHeilan Home Co., Ltd.   ’s “national brand and clothing world” The goal will be realized soon!