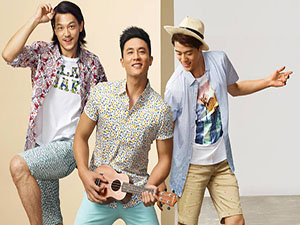 Fortune (Chinese version) issued 2015 Top 500 Chinese Enterprises on July 8th. HEILAN HOME was listed for the first time at 373 with revenue of RMB 12,338 million. In terms of ROE (Rate of return on common shareholder's equity), Heilan Home took the 3rd place by 33.73%.

Top 500 Chinese Enterprises, publicized by Fortune for the sixth time in 2015, is targeted at listed Chinese companies. The list, including Chinese enterprises listed both domestically and abroad, is compiled based on sales revenue from the companies' official releases at the exchanges.

53 companies, including Heilan Home, appeared on the list for the first time this year. The Group was ranked 373 with total turnover of RMB 12,338 million and net profit of RMB 2,375 million. Compared to other companies on the list, Heilan also boasts a high ROE of 33.73% at the 3rd place, which is over 1% higher than the following Gree Electric Appliances Inc., and nearly 4% than Tencent. Statistics show that revenue threshold of companies on the list rose to RMB8.4 billion this year. Combined turnover of all those on the list have reached RMB 30.4 trillion, representing a 5% year-on-year increase and nearly half of China's GDP in 2014.